ERTMS, a key enabler for the digital and sustainable rail transition in Europe

Over the past year, the European Union (EU) has faced a multitude of unprecedented challenges: climate change, the digital transition, industrial renewal due to the climate crisis and, of course, significant economic setbacks caused by the pandemic’s outbreak.

Despite these difficulties, the EU has clearly understood that transport plays a critical role in safeguarding the well-functioning single market which proved to be vital for the EU citizens, as the Coronavirus severely restricted the free movement of people, goods and services.

These limitations demonstrated the concrete need for investments in ambitious transport projects, notably in rail, to drive swifter progress on EU Green Deal objectives while providing sustainable, uninterrupted mobility across Europe, creating jobs and conveying essential goods uninterrupted. Notably, rail transport will play a crucial role in the reduction of the transport sector’s greenhouse gas emissions over the coming years. This has once again put the European Rail Traffic Management System (ERTMS) high on the political agenda in the European institutions and numerous Member States over the past months – especially as we witness the increased interest in digitalising the Union’s rail system.

Rail transport will play a crucial role in the reduction of the transport sector’s greenhouse gas emissions over the coming years.

A favourable EU policy and regulatory context for ERTMS

In June 2020, the European ERTMS Coordinator Matthias Ruete, published his first outstanding ERTMS Work Plan where he recalled that “we are at a critical point for ERTMS deployment in Europe and worldwide, as the context speaks in favour of an acceleration for the technology’s roll-out and the pandemic period should not be used as an excuse to further delay the implementation of the current and future projects”.

This sentiment was echoed later that year by the European Commission (EC) in its Sustainable and Smart Mobility Strategy (Dec 2020). This document outlined how rail is a key enabler for the achievement of the European Green Deal’s ambitious target of accomplishing a 90% reduction of greenhouse gas emissions in transport by 2050. Among the ambitious key milestones identified by the Commission in the Strategy, there is notably the “full roll out of the ERTMS, to be considered as the heart of a digital rail system and, as such, it should remain a priority for the Commission and for Next Generation EU.” 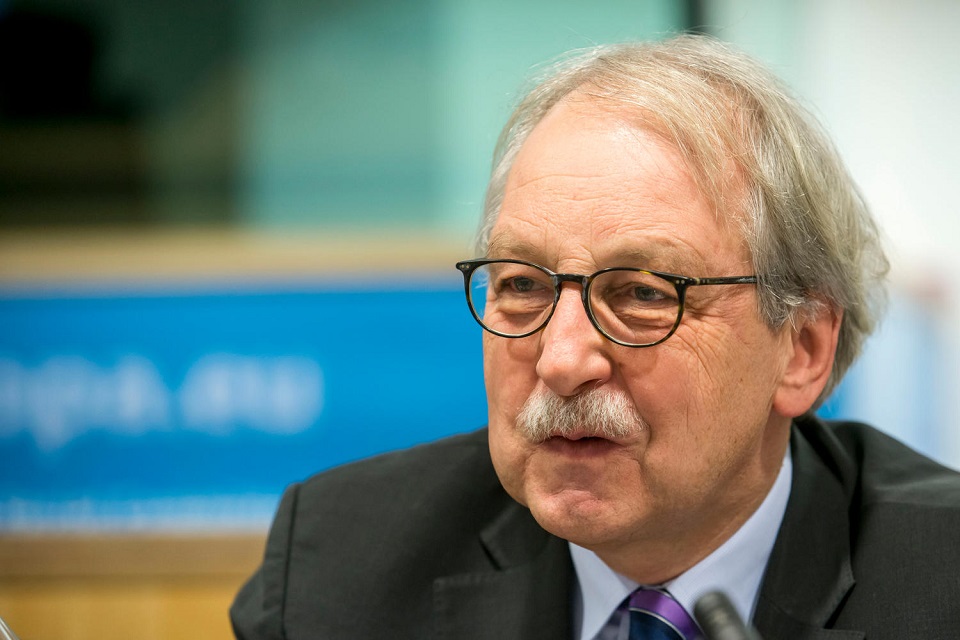 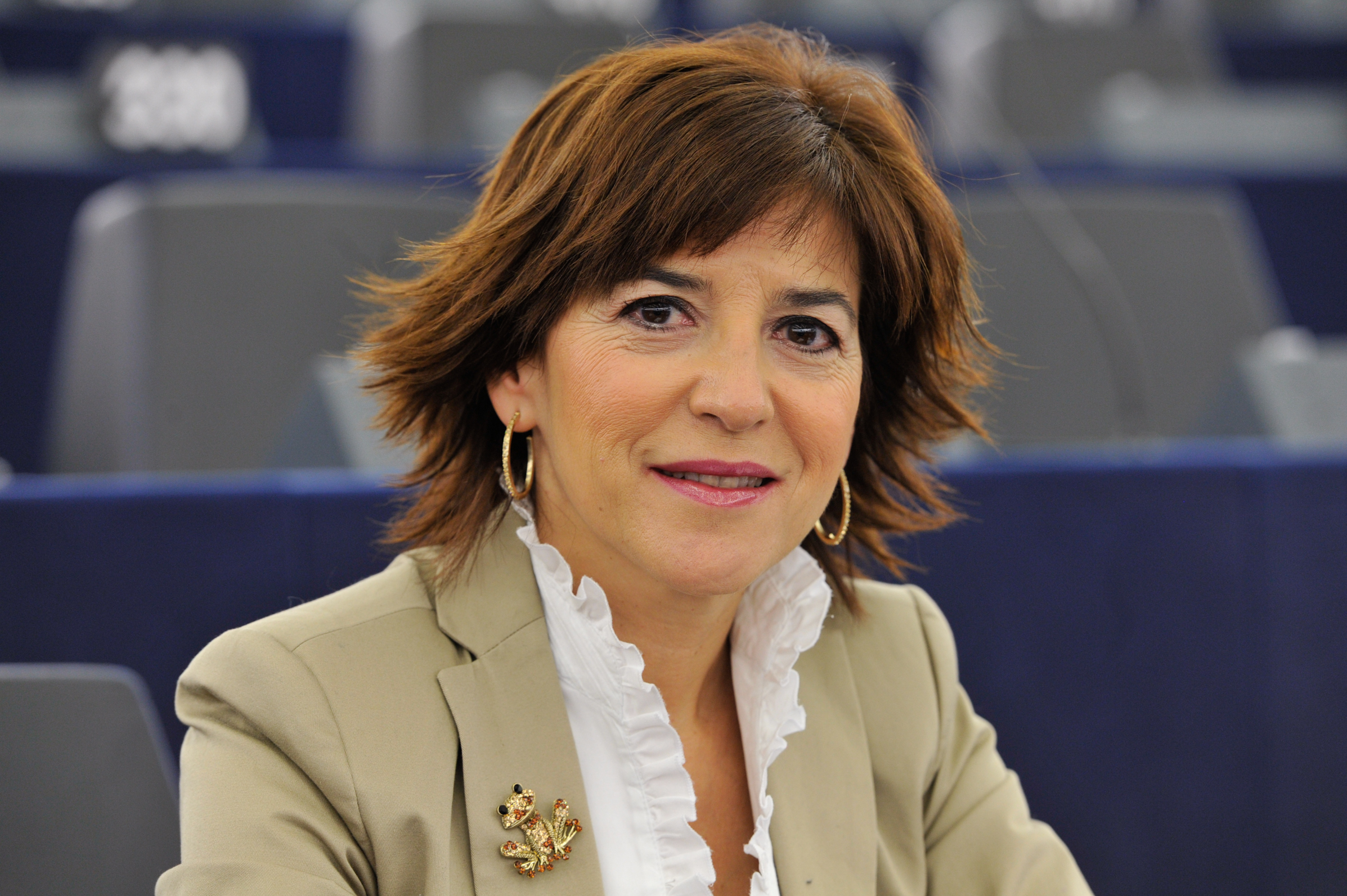 More recently, in February 2021, the Spanish Member of European Parliament (EP) Izaskun Bilbao Barandica, presented the first draft of the EP’s Report on the state of play of the European Rail Traffic Management System (ERTMS) deployment. The Report, which was approved by the European Parliament plenary in July 2021, is the result of a thorough brainstorming session between stakeholders representatives who were asked to exchange on existing ERTMS interoperability issues, current deployment progress and available funding opportunities over the past months. Through this report, the EP assessed the status of ERTMS implementation in Europe and outlined the need to significantly improve coordination and harmonization of implementation rules across the Union. These developments are critical to getting ERTMS up and running at full speed.

With regards to the regulatory aspects of ERTMS, the European Commission, together with European Union Agency for Railways (ERA) and Shift2Rail (S2R), have recently called on the ERTMS stakeholders to start preparing the content of the next Control-Command Signalling Technical Specifications for Interoperability (CCS TSI) which is likely to be published in 2022 and agree at sector level on a common European vision for the future Control-Command Signalling (CCS) European System based on ERTMS.

All these initiatives clearly show a real favourable context at the European level to concretely boost the deployment and development of ERTMS in the coming years.

The European Rail Traffic Management System (ERTMS) is a technology was first conceived by Europe’s rail transport industry experts more than 20 years ago to make cross-border rail traffic throughout the continent much smoother, safer, faster and more competitive.

Over the past 10 years, the signaling system has become, de facto, a global standard that is continuously seeing new countries investing in it despite being originally conceived as only a European standard. The number of vehicles equipped (or to be equipped) globally has increased by 144% between 2010 and 2020.

During the same period, the number of ERTMS-contracted tracks (in kilometers) in the world rose by 164% (source: UNIFE).

According to UNIFE’s internal statistics, today, ERTMS is deployed across 100,000 km of contracted track in more than 51 countries and is equipped, or slated to be, on more than 16,000 vehicles. 49% of ERTMS trackside investments are located outside Europe and 31% of investments are dedicated for on-board deployment (see Global ERTMS Deployment Map below).

Over the years, ERTMS has become, de facto, a global standard that is continuously seeing new countries adopting it despite being originally conceived as merely a European standard in rail traffic management.

UNIFE statistics have determined that ERTMS has attracted increasing amounts of investments globally. Today, ERTMS is deployed across 100,000 km of contracted track in more than 51 countries and is equipped, or slated to be,
on more than 16,000 vehicles.

ERTMS is deployed across 100,000 km of contracted track in more than 51 countries

Across Europe, UNIFE has observed rising ERTMS on-board and trackside deployment investment rates over the past 10 years. Notably, the number of vehicles equipped (or to be equipped) in Europe (including Switzerland and Norway) has increased by 162% between 2010 and 2020. During the same period, the number of ERTMS-contracted routes (in kilometres) in Europe rose by 187%. This clearly shows mounting interest from both Infrastructure Managers (IMs) and Railway Undertakings (RUs) for investing in ERTMS Deployment.

If we take a closer look to the European breakdown for the Trackside ERTMS deployment, it is possible to notice that in Europe, Norway stands out with 4,289 km contracted Tracks, followed by Belgium (3,930 km) and Spain (3,883 km) – see diagram below.

When it comes to the on-board ERTMS deployment, the situation slightly changes: Germany comes first with 2,817 On-board Units (OBUs) deployed (or to be deployed), followed by the United Kingdom (2,447 OBUs) and Switzerland (1,491 OBUs) – see diagram below.

Overall, all these statistics are likely to increase in the coming years as most of the European Member States are expected to make significant investments in the rail sector, notably on ERTMS, as reported in many National Recovery Plans (read more in the next paragraph).

Through the 2014-2020 Connecting Europe Facility (CEF) for Transport, the EU has been granting financial support to Member States, local governments, RUs and IMs, to support the deployment of ERTMS along the Core Network Corridors (CNCs).

In the current multiannual financial period (2021-2027) the new CEF instrument dedicates €25.8 billion to the transport sector. Within it, around €7 billion are allocated to actions relating the modernisation of the TEN-T network such as smart and interoperable mobility including ERTMS. In order to front load funding and allow fast track deployment, the Commission will make available between 2021-2023 a total of €1.65 billion to this priority through competitive calls for proposals.

ERTMS is also an eligible and relevant investment which can be supported through the Cohesion Policy instruments, the so-called European Structural and Investments Funds, notably the European Fund for Regional Development (ERDF) and the Cohesion Fund. With a budget of €217 billion and €48 billion respectively, Member States can co-finance investments along 5 key priorities where the topics of digitalisation and sustainable transport connectivity feature prominently.

While the Cohesion Fund should be used for large transport infrastructure projects, the ERDF will focus more on the local and regional dimension of transport connectivity.

Finally, in terms of financing, the new framework of the InvestEU programme can provide budgetary guarantees that backs the investment of financial partners and which can be used for the deployment of ERTMS (up to €9.9 billion of available guarantees under the Sustainable Infrastructure window of the InvestEU Fund). Due to the fact that the bulk of the EU budgetary guarantee of InvestEU will be implemented by the European Investment Bank, the public and private sector can count on a strong and reliable partner to work with and advance on the deployment of ERTMS (both trackside and onboard).

Only through CEF, around €7 billion are allocated to actions relating the modernisation of the TEN-T network such as smart and interoperable mobility including ERTMS.

ERTMS Development: the role of the future Europe’s Rail Joint Undertaking (ERJU) and its System Pillar

On one side, the “Innovation Pillar” of ERJU will steer the rail sector R&I activities, including large-scale demonstrations with a clear focus on the delivery of technologies/solutions to digitalise and automatise the European rail system with the target to implement Autonomous Train Operations (ATO) in a near future. Those activities will be built upon the work on the ERTMS Game Changers (e.g. ATO) done today in Shift2Rail Innovation Programme 2 and should foster the implementation of the Single European Rail Area.

On the other side, the development of the overall unified operational concept and functional system architecture for integrated European rail traffic management, command, control and signalling systems as well as technical specifications for the OPE and CCS TSI will be developed by the so-called “System Pillar” of ERJU. The System Pillar will support a joint rail sector approach for the transformation of the European rail transport and its scope will be extended beyond ERTMS to the entire Control Command and Signalling system.

The European Union’s financial contribution (taken from the Horizon Europe Programme) will be up to 600M€ (including at least 50M€ for the System Pillar) which represents, as recalled by the Commission, an increase by 33,3% compared to the budget awarded by the Commission to the previous Shift2Rail Joint Undertaking.

All in all ERTMS must remain a priority for the European Commission as it keeps proving the positive business case for investing and deploying ERTMS all over Europe.

UNIFE fully recognizes ERTMS has reached a turning point, as pressure grows to speed deployment alongside the research into ‘game changer’ technologies which can underpin the future command, control and signalling framework. The future Rail sector evolution shall be based on the following pillars: 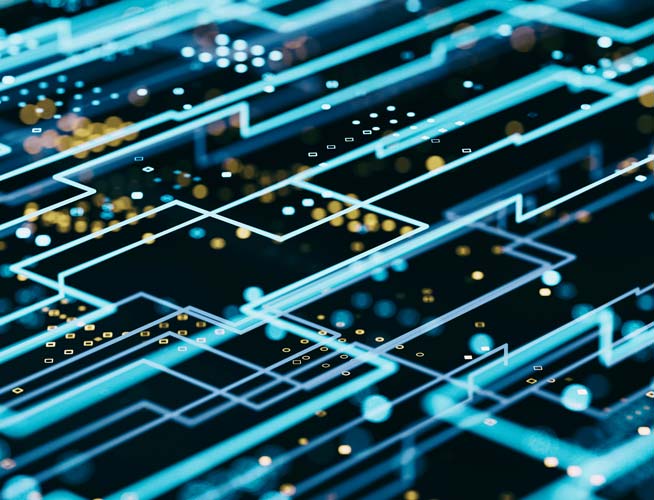 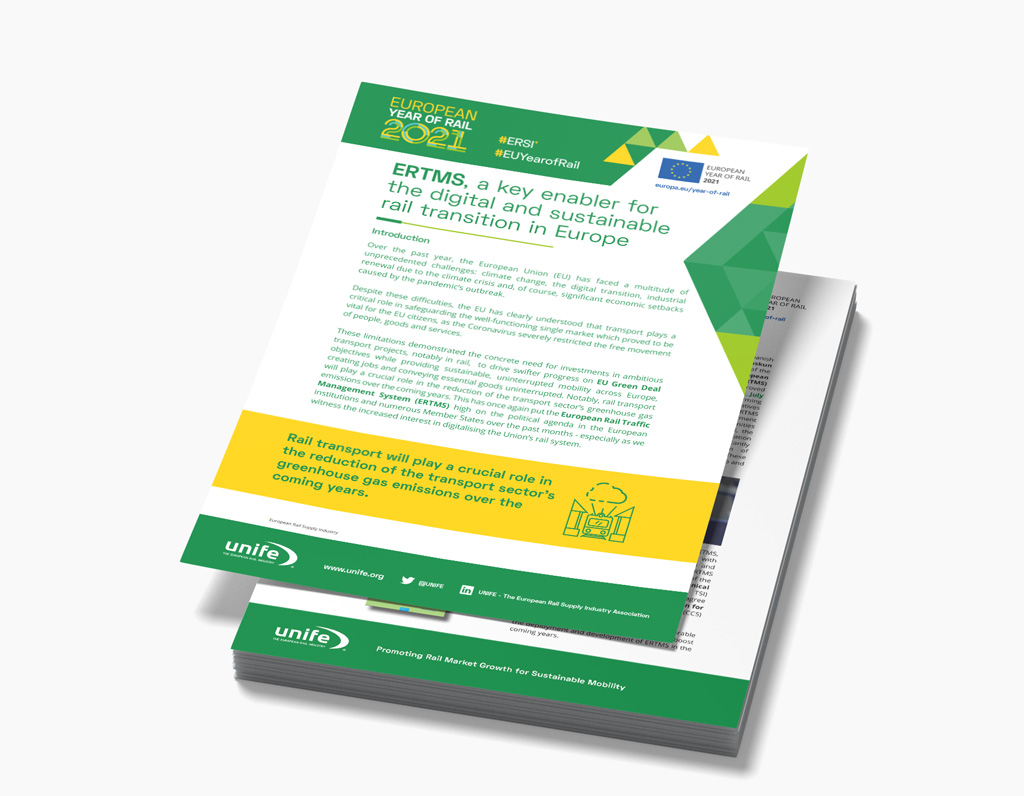 ERTMS, a key enabler for the digital and sustainable rail transition in Europe