To close it’s over three years of work, the EUREMCO project held its final conference on the 9th December at the NH hotel du Grand Sablon in Brussels. Having started in October 2011, the project was co-funded by the EU 7th Framework Programme, with the main objective of harmonising and reducing the certification process of rail vehicles against Electromagnetic Compatibility. EUREMCO will be officially finalised by the end of 2014.

The current authorisation process for placing into service rail vehicles according to Technical Specifications for Interoperability (TSI) and national safety rules is a very long and costly process. The TSIs provide common regulations for the placing in service of rail vehicle, when such common understanding and harmonised rules exist. This is not the case with electromagnetic compatibility between rail vehicles and installed track circuits, which represents one of the major cost drivers in the authorisation process. Indeed each country has developed its own requirements and assessment process – in many cases on an empirical basis and/or not even written down.

The main concept of the project is to specify the conditions for cross-accepted certification all around Europe, through sound scientific methodologies that allow for the identification of the “transfer functions” to be applied to results obtained on different test tracks in different countries, for the same power supply system.

The final conference was opened by Philippe Citroën, UNIFE Director-General, who encouraged the partners of the project to try and use EUREMCO’s results in future initiatives like Shift2Rail. He also expressed his optimism that the results will be used by ERA and CEN/CENELEC in order to make sure that the time and money required for the certification process of rail vehicles against Electromagnetic Compatibility is limited in the future.

The project’s objectives and outcomes were presented by the Technical Leader (Noël Haddad from SNCF) and the respective Work Package leaders (Colin Place – Bombardier, Wilhelm Baldauf – Deutsche Bahn, Gerhard Zimmer – Siemens, François Maumy – Alstom and Emmanuel Rigaud – SNCF). The conference was divided into five technical sessions along with some additional sessions for introductions, conclusions and discussions. Click here to access the presentations.

There was a wide representation from across the railway sector which allowed for a fruitful conference during this one day event. The conference was closed by the project coordinator (Stefanos Gogos – UNIFE) who thanked all the partners of the EUREMCO consortium for their hard work during their 3-year collaboration, along with all the participants for joining the conference.

For more details regarding the EUREMCO final conference, you can refer to the presentations from the event at www.euremco.eu. 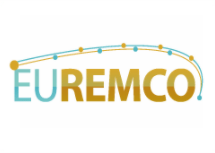