The Connecting Europe Facility (CEF), along with the Structural Funds, has been the most important EU investment programme for transport projects, and rail has been biggest beneficiary of CEF funding in the current (2014-2020) period, with grants adding up to more than €16 billion in total.  Therefore, the negotiations on the continuation of CEF in the 2021-2027 period has been at the focus on UNIFE’s activities in the area of investment.

UNIFE has been very vocal in emphasizing the need for CEF to remain the main investment instrument for transport projects at EU level, and to ensure that it provides even greater market opportunities for the European rail supply industry. The provisional agreement reached by the European Parliament and the Council on 8 March refers to the Commission’s Communication of October 2017 ‘Making Public Procurement work in and for Europe’, which stated that the EU is the world’s most open market for procurement, but access for our companies in other countries is not always reciprocated. Therefore, the new CEF Regulation will urge beneficiaries to “make full use of the strategic procurement possibilities offered by Directive 2014/25/EU” (which notably includes the MEAT principle).

UNIFE hopes that during the negotiations on the next Multiannual Financial Framework, which will determine the exact budget for CEF Transport, the EU Member States and Members of the European Parliament will agree on the need to have a strong CEF in the coming years. The Commission has proposed to have a total budget of €30.6 billion for CEF Transport in the 2021-2027 period, out of which €6.5 billion would be for military mobility (dual-use infrastructure). While this proposal increases the overall CEF Transport budget, the budget allocated to the general and cohesion envelopes would be similar to the current period (around €12.8 billion and €11.3 billion respectively).

The experience with the current CEF implementation and the preparation of the next programming period were also the main focuses of a high-level TEN-T & CEF Conference organised by the Romanian Presidency of the Council of the EU in Bucharest on 28 March. This was an opportunity for the UNIFE delegation to discuss with key decision-makers the state of play with regard to the budget negotiations and the preparation of the next period. In addition, the European Commission and the European Investment Bank used this opportunity to launch the CEF Transport Blending Facility with €100 million for ERTMS projects. UNIFE has been emphasizing that blending can indeed be a valuable source of financing, but only in addition to ongoing support from EU funds that remains vital for rapid ERTMS deployment.

For further information on this topic, please contact Arturs Alksnis at arturs.alksnis@unife.org. 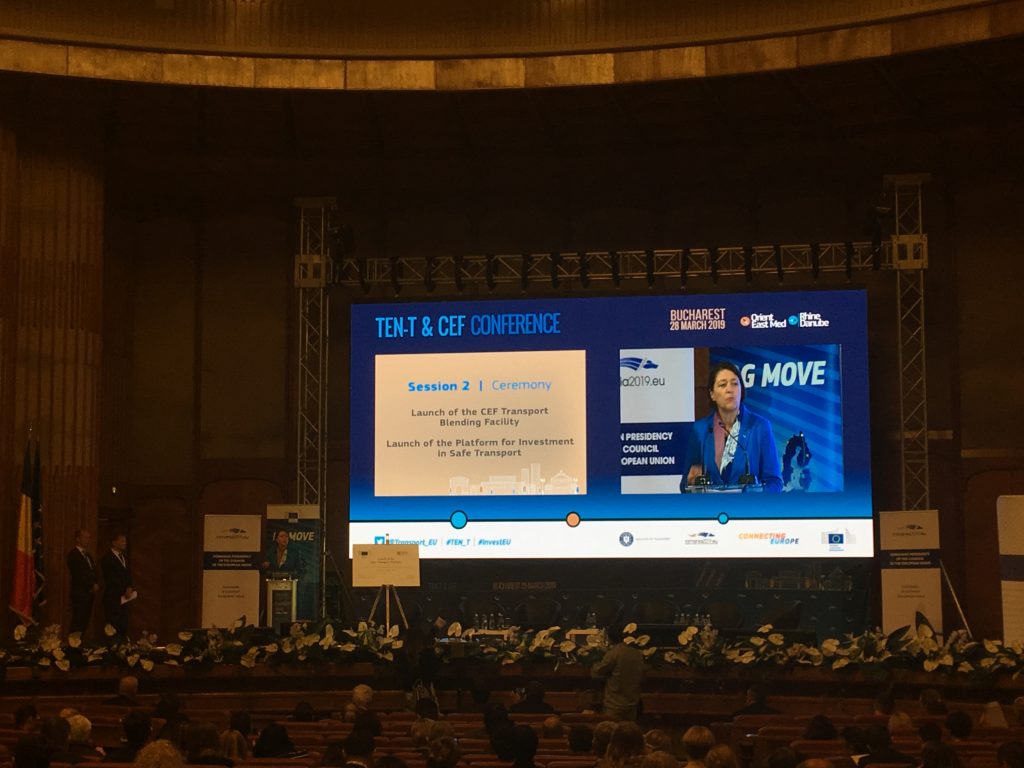