At the Single European Rail Area (SERA) Convention in Brussels on 20 June, Commissioner Bulc presented a draft of the ERTMS Deployment Action Plan, which is based on the following objectives:

• Deploying an interoperable and compliant infrastructure;
• Taking steps to deliver a standardised On Board Unit;
• Driving efficiencies in testing and validation processes;
• Providing focused financial support.

Commissioner Bulc emphasized that ERTMS is a cornerstone of digitalisation for the rail sector and essential to achieving a safe Single European Railway Area. However, ERTMS deployment must be accelerated in order to meet the European Deployment Plan target.

This action plan is a draft for consultation with the sector until October 2017. Final approval is expected at the CCRC2017 ERA conference in November 2017.

Philippe Citroën and Michel Van Liefferinge, UNISIG General Manager, were invited to participate in the panels relating to the Fourth Railway Package and ERTMS Deployment. 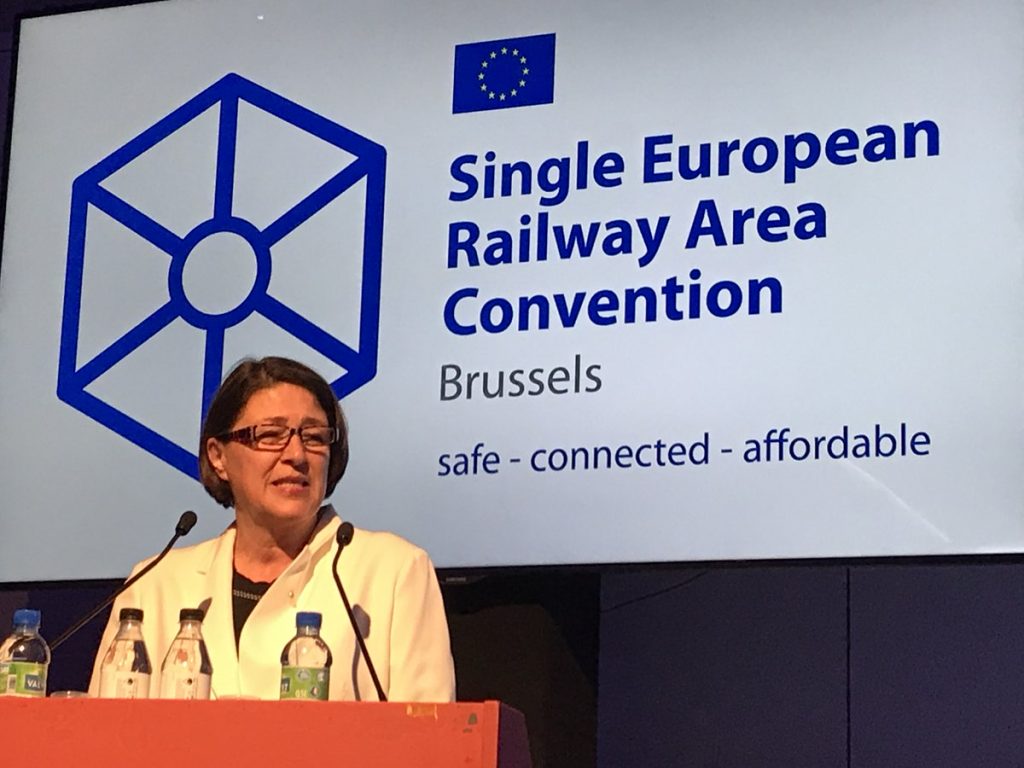