SHIFT²RAIL DECLARED A PRIORITY OF THE HELLENIC PRESIDENCY

The Commission has proposed €450 Million for the period of 2014-2020 to be met by €470 Million invested by the rail sector. In its preparatory phase, the SHIFT²RAIL initiative has had committed participation from over 100 organisations: including manufacturers, operators, infrastructure managers, academic institutions, research centres, and numerous SMEs.

MEP Brian Simpson, Chairman of the European Parliament’s Transport and Tourism Committee, applauded the initiative and expressed his sincere hope that Parliament will not reduce the budget allocated for SHIFT²RAIL. He added, “The Transport and Tourism Committee of the European Parliament has from the very beginning strongly supported the establishment of a European approach to rail research and innovation… SHIFT²RAIL is necessary to complement the work we are also doing to tackle other areas of EU rail legislation, with the aim of getting rail into a position where it can successfully compete with the other modes of transport.”

Olivier Onidi, Director for the European Mobility Network at the European Commission, expressed the Commission’s satisfaction with the progress the initiative has made so far and insisted that it is a key pillar of the European strategy to improve Europe’s railways and boost the competitiveness and interoperability of the rail sector, stating, “rail is facing significant competition from other transport modes and, from other regions of the world; in order to combat this SHIFT²RAIL combines a significant amount of EU and sector R&D resources with a long-term vision that will produce tangible results that contribute to the EU’s ambitious transport goals.”

Henri Poupart-Lafarge, President of Alstom Transport and Chairman of UNIFE, highlighted why the sector needs such dedicated funds to invest in rail R&D to increase the attractiveness of the rail mode and the competitiveness of the European rail industry, which accounts for 50% of the world market for rail supplies and services. Moreover, he emphasised the necessity of a system approach to R&D, stating, “Rail transport relies on an integrated system, and only through innovating on the many building blocks can step change improvements in the overall system be realised. This is what is being proposed in SHIFT²RAIL, and we are confident that with its governance structure and research programme this system approach can be maintained and the objectives realised.”

Josef Doppelbauer, Chairman of the SHIFT²RAIL Steering Committee and Vice President of Research and Technology at Bombardier Transportation gave an overview of the technical programme of the SHIFT²RAIL proposal and explained the how the proposed technologies will contribute to the overall targets of the initiative. Marcel Verslype, Executive Director of the European Railway Agency, explained the future role of ERA in SHIFT²RAIL and the major role that it will play in improving technical interoperability in the European rail system.

Philippe Citroën, Director General of UNIFE (coordinator of the SHIFT²RAIL initiative), thanked the Hellenic Presidency for their support of SHIFT²RAIL and the entire sector in preparing SHIFT²RAIL over the past years, adding, “This is truly a special time for the rail sector and we are confident that with the dedicated resources and organisation around the SHIFT²RAIL initiative the sector will move even closer towards the EU’s transportation goals and an even more competitive European rail sector and transport mode on which millions of Europeans rely every day.”

Other speakers at the conference included Libor Lochman, Executive Director of CER (the Community of European Railways and Infrastructure Companies), Jean-Pierre Loubinoux, Director General of UIC (International Union of Railways), Athanasios Ziliaskopolous, CEO of the Greek railways operator TRAINOSE, among other Greek rail stakeholders; all of which expressed their enthusiasm for the initiative and their intent to participate. To see the full list of speakers, please see the full programme here.

Nikolas Stathopoulos, Secretary General of the Hellenic Republic’s Ministry of Infrastructure, Transport, and Networks, closed the meeting by stating once again the full support of the Greek Presidency for SHIFT²RAIL, “It is clear from this meeting that the European rail community is fully behind the SHIFT²RAIL proposal, and it is important that we have the cooperation of the entire rail community so that a political agreement can be reached in the Council of 14 March; this is necessary so that the JU can be established and ready to begin operations by 2015.”

SHIFT²RAIL is expected to obtain a positive opinion of the European Parliament in the near future and be adopted by the Council by the end of the Hellenic Presidency this June. 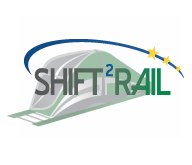