“With the EU Institutions actively working on specific legislation on this matter, the timing for presenting our interactive map could not have been better”, says Thomas Bauer, President of FIEC, announcing the launch of an interactive map showing the activities of third country state-owned enterprises (SOEs) in the European procure-ment market.
For more than a decade, our sectors have observed a growing interest from third country SOEs in the European procurement market for construction works, dredging services and rail equipment.

This phenomenon has accelerated over the last three years. Since 2018, SOEs from third countries have bid for at least 46 public projects all over the EU, Switzerland and the Western Balkans – from Romania to Portugal, from Austria to Norway. They eventually won 14 of these projects. They were interested in both very large projects with a value of more than €1 billion and also smaller ones starting from €3 million.

“After a calibration and learning phase, non-EU SOEs have now entered a new phase and they now know the market and the compliance rules very well”, says Alan Lievens, President of EuDA.

While the situation has evolved with unprecedented speed in the last three years, our associations have noticed that experts in public procurement, policymakers, other economic sectors and the wider public are not necessarily aware of the extent of this trend.

“To our surprise, this phenomenon was not that well-known in general. We had to change that”, says Benoît Chauvin, President of European International Contractors (EIC).
This was enough motivation to present an overview in the form of an interactive map, in order to raise awareness and provide transparency with the aim of contributing to fact-based policy making.

This is all the more important as, while the presence of SOEs on the European market is increasing, our industries face growing barriers to accessing international procurement markets. Against this background, the interactive map is useful for decision-makers when developing EU autonomous tools such as the Foreign Subsidies Instrument and the International Procurement Instrument. 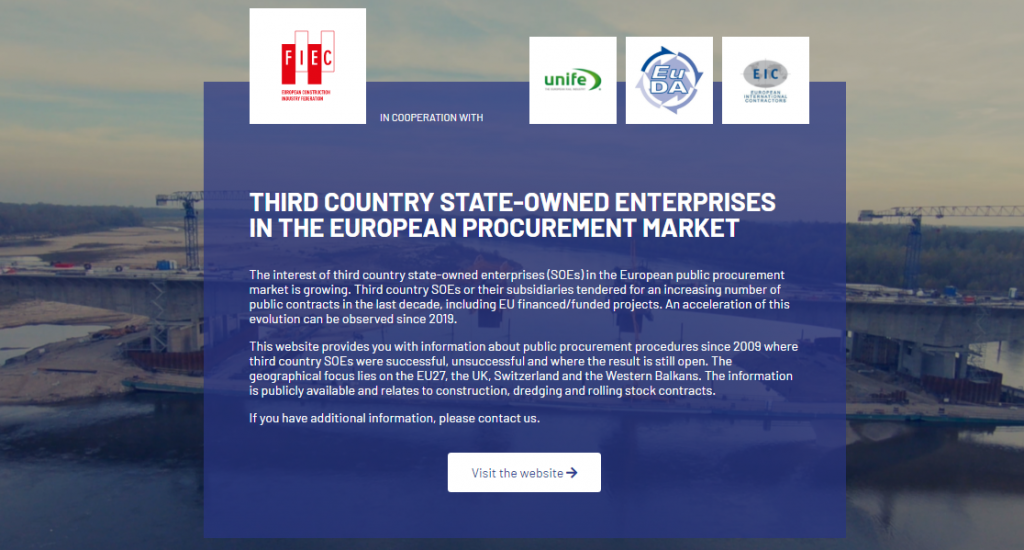