More than 200 leaders of the European rail industry gathered in Dublin for the 28th UNIFE General Assembly. This year's edition was the opportunity for EU rail suppliers and decision-makers to address together the current challenges that the industry must face. Participants recognised both the strategic importance of the manufacturing sector and the need to act without any delay to ensure that European rail manufacturing companies keep their global leadership in a context of growing and fierce world competition. With this occasion the Members of the UNIFE Presiding Board signed the Dublin Declaration in order to raise the awareness of EU and national decision-makers on the crucial importance of our industry for the sustainable development of our continent and whole planet. Click here to read the full Dublin declaration.

On the first day, the participants had the opportunity to attend six thematic Dialogue Forums addressing Quality, Digitalisation and Innovation, Skills, Investment and Public Procurement, Interoperability & Harmonisation, and Trade.

In the opening of day two, Sabrina Soussan, Chair of UNIFE and CEO of Siemens Mobility, stated: UNIFE continues to advocate for level playing field, rules and regulations that favour innovation and digitalization attracting the best people to our sustainable industry. This was followed by three round-table discussions featuring CEOs and high-level speakers from the European Commission, the European Parliament, the European Investment Bank (EIB), Shift2Rail JU, the European Union Agency for Railways, the Irish Ministry for Transport, Tourism and Sport, the Irish National Transport Authority and Transport Infrastructure Ireland, as well as CEOs from Irish Rail, and Transdev Luas.

The first roundtable addressed the challenge of maintaining the industrial leadership of European suppliers at world level focusing on the role of innovation, the importance of attracting young talents and ensuring they have the new skills required, the role of public procurement as a driver for an innovative and sustainable industry and of course the key importance of trade and international market access and level-playing field at global level, as well as the SME dimension.

The second roundtable focused on how to ensure a sustainable, interoperable and digital transport system throughout Europe with rail as its backbone. The roundtable was opened by two keynote speeches from:

•    Shane Ross, Irish Minister for Transport, Tourism and Sport, stated: with several billions of euros of public investment for heavy rail, light rail and metro, sustainable mobility is among the 10 key priorities of the Ireland2040 Plan.

•    Henrik Hololei, Director-General for Mobility and Transport (DG MOVE), European Commission, outlined: we work together for a common objective: to keep a bold, future-oriented and innovative European rail industry as the world leader. Sustainability and digitalisation will be two key threads that will guide the European Commission in the next years with ERTMS being the backbone of digitalisation.

•    During the same session Philippe Citroën, UNIFE Director General called on the European Commission to establish a European Platform on Digitalisation in the Rail Sector

The UNIFE General Assembly concluded on Friday with two technical visits at the Luas and Irish Rail facilities, and a cultural visit at EPIC, the Irish Emigration Museum.

The next UNIFE General Assembly will take place in Berlin, on 24-26 June 2020, for which we encourage you to already save the date. 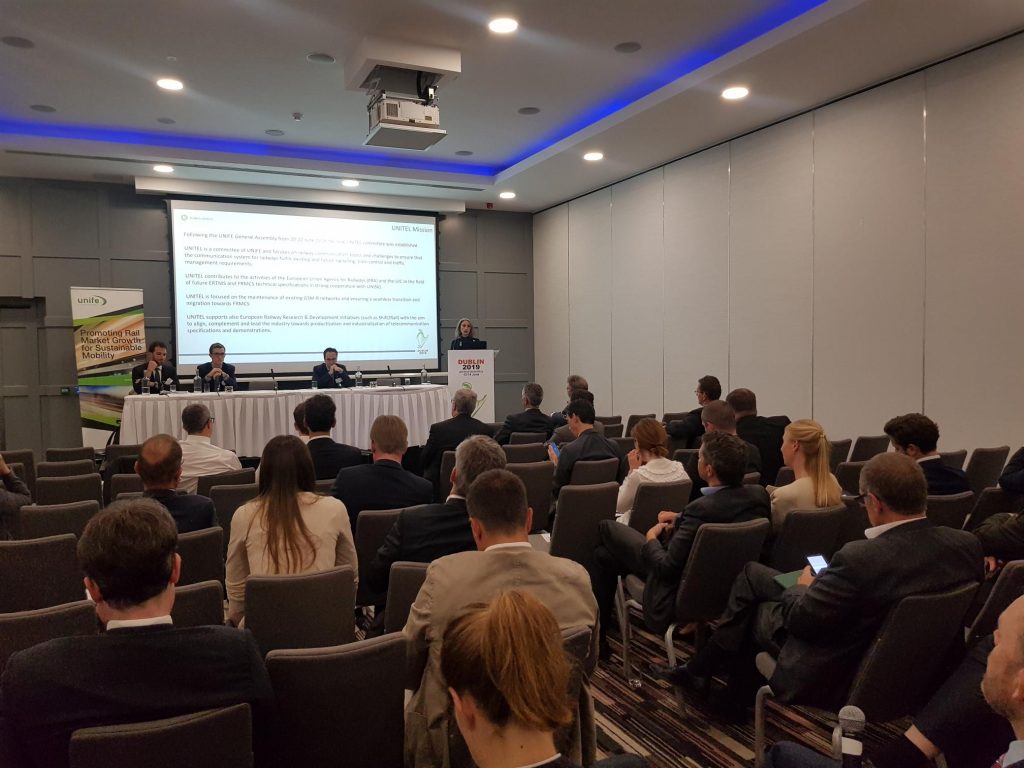