The press has recently been reporting about the purchase of the locomotives business of a German manufacturer by the Chinese State-owned train-builder CRRC, thereby confirming China’s strategy to enter and conquer the European rail market. In this context, UNIFE deems as essential to reiterate its call for a real level-playing field and for fair conditions between the European and the Chinese rail supply industry.

While access to the Chinese market has become increasingly restricted or effectively non-existent for European rail manufacturers – with an accessibility rate that fell from 63 to 18% in less than 8 years – Chinese State-owned rail suppliers have become major competitors in all product segments and on all continents, including Europe. In this respect, it is worth noting that ‘advanced railway transportation equipment’ is among the 10 priority sectors identified by the Chinese Government in its ‘Made in China 2025’ strategy, which aims to strengthen the country’s position as a ‘manufacturing superpower’. Rail is also an essential component of China’s geopolitical strategy known as the Belt and Road Initiative.

For the sake of the 400 000 people employed by the European rail supply industry, it is crucial for the European Union to rise to this challenge and immediately ensure the conditions for open but fair trade relations between the EU and China in the rail sector.

The joint Communication EU-China – A Strategic Outlook, with its concrete actions proposed by the European Commission last March 2019, has already been an important step in that direction. UNIFE notably particularly welcomes the adoption on 24 July by the Commission of its Guidance on the participation of third country bidders and goods in the EU procurement market in which it reiterates that Chinese economic operators do not have secured access to procurement procedures in the EU and may be excluded from tenders (since China has not signed up to now with the EU any binding international agreements that would ensure reciprocal opening of the procurement markets on both sides). It is of utmost importance for the Commission and the Member States to make sure that contracting authorities are aware of and apply these rules.

Furthermore, in the aftermath of the above-mentioned joint Communication, UNIFE now calls on the European Commission to publish before the end of the year a report identifying how to fill existing gaps in EU law to fully address the distortive effects of foreign State ownership and State financing in the internal market.

Regarding the EU-China Investment Agreement, UNIFE also calls on the European Commission to obtain before the end of the year a revised market access offer from China including manufacturing and addressing the barriers to market access faced by the European rail supply industry, in view of an agreement by 2020.

Above all, UNIFE calls once more on the Council and the European Parliament to pursue and finalise the discussions on the International Procurement Instrument (IPI) as this mechanism would be instrumental to create a level-playing field and open new market opportunities for European suppliers in China and worldwide. This instrument should also include specific rules for the exclusion of non-European State-owned enterprises from EU procurement. 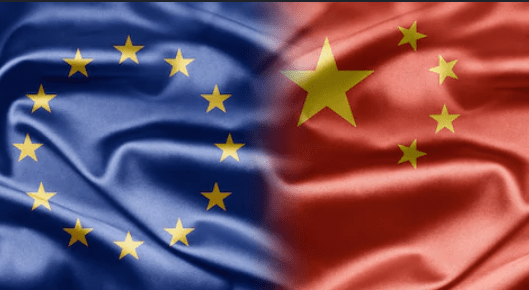