Philippe Citroën, Director General of UNIFE, commented: “The European rail industry welcomes the progress made today in the Council and would like to thank the Greek Presidency and the Council for their hard work. We would like to use the occasion of this positive development on the Package to once again urge the European institutions to adopt the Technical Pillar of the Fourth Railway Package during the Italian Presidency—as this legislation would lead to major cost savings for the industry as well as massive improvements to rail transport throughout the Union.” 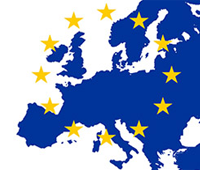