LUXEMBOURG—UNIFE—the European Rail Industry Association, on behalf of the 125 organisations promoting the SHIFT²RAIL initiative, lauds the Council of the European Union’s final adoption of the Regulation establishing the SHIFT²RAIL Joint Undertaking. Following the positive opinions released by both the European Economic and Social Committee and the European Parliament in March and April this year, this final Council’s adoption marks the end of the legislative process and the beginning of a truly new era for rail research and innovation in Europe.

SHIFT²RAIL is an unprecedented joint effort by the European rail sector and the European Union to create a step change in rail technology and increase the attractiveness of rail transport by achieving three major targets: enhancing the capacity of the European rail system to cope with increased user demand, increasing the reliability and quality of rail services, and significantly reducing the life cycle cost of the overall system.

This R&D Public-Private Partnership will make rail transport more attractive to millions of European passengers and freight users and boost the competitiveness of the most sustainable transport mode. SHIFT²RAIL will encompass research, innovation and demonstration activities in all aspects of the rail system, amounting to no less than €920 Million, co-financed by the EU and the private sector under the Horizon2020 budget across the 6 year lifespan of the initiative.

Philippe Citroën, Director General of UNIFE, the association coordinating the preparation of the SHIFT²RAIL initiative, added: “UNIFE would like to thank all the European Institutions and today especially the Greek Presidency for adopting SHIFT²RAIL. Today’s adoption of SHIFT²RAIL is the culmination of years of preparation by a myriad of stakeholders and is an essential achievement for the future of the rail industry and the whole rail sector in Europe. The rail industry looks forward to actively participating in the R&D activities that this new PPP will soon launch.” 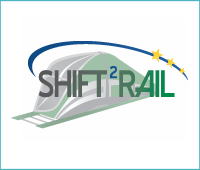