Today, the European Parliament overwhelmingly approved the Council Common Position on the Technical Pillar of the Fourth Railway Package, as agreed during the trialogue negotiations that came to an end in June 2015. The text will now undergo some further procedural steps in order to be published in the EU Official Journal in the coming months.

CER (Community of European Railway and Infrastructure Companies), UIP (International Union of Wagon Keepers) and UNIFE (European Rail Industry Association) enthusiastically welcome this progress towards the entry into force of the revised Directives on Safety and Interoperability and of the revised Regulation on a European Railway Agency (ERA). This new legal framework will deeply reform the EU rail sector by fostering competition and encouraging innovation in railway markets, and is a major step towards the achievement of a Single European Railway Area. The long awaited final adoption of the Technical Pillar will cut the time and cost necessary to obtain authorisation for locomotives and rolling stock for use on the European rail network.

CER, UNIFE and UIP look forward to supporting ERA in its new role as the “one-stop shop” for safety certification and the authorisation of locomotives and rolling stock for cross-border services as well as for the pre-authorisation of tender specifications for ERTMS trackside projects.

CER Executive Director Libor Lochman commented on the Technical Pillar’s approval by the Parliament: “Once again: we have to understand that this is much more than a mere ‘technical’ pillar, as if it was all about solving engineering puzzles. Rather, this legislation represents the major contribution to rail transport policy that we’ve seen in years: once in force, the EU domestic and international markets will be truly open, and competition between operators and business models will truly be possible. In this occasion I want to thank the Parliament and the Council for their work, but also and in particular the European Commission for the sound original proposal and for the commitment in defending the ideas and principles behind the Technical Pillar all along the legislative process. We’ve enjoyed an outstanding cooperation and I look forward to continue it in the future: as of today we offer our expertise and availability to contribute to the definition of implementing and delegated acts foreseen by the Pillar”.

UNIFE Director General Philippe Citroën commented: “The European rail industry would like to thank the European Institutions for their hard work and constructive approach on this file over the past three years. We know it was worth it, as the Technical Pillar will definitely boost the competitiveness and attractiveness of the European rail sector as a whole. However, today’s adoption is just a starting point; rail suppliers are already working intensively with ERA to ensure a smooth transition in three years and, more importantly, a swift and effective implementation of the Technical Pillar as of 2019”.

UIP Secretary General Gilles Peterhans commented: “The path leading to a real Single European Railway Area has been finally mapped out. We need now to double our efforts towards a common implementation of the new rules! This will be a major challenge for all affected parties but we have to address it together if we really want to improve railways’ competitiveness and attractiveness by removing administrative and technical barriers and developing simpler and harmonised procedures at European level. Or as Maya Angelou put it forward: ‘Ask for what you want and be prepared to get it”. 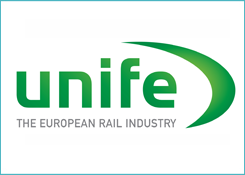