Over 200 European rail industry leaders gathered in Barcelona for the 2017 European Rail Industry (UNIFE) General Assembly. One year after the adoption of the European Resolution drafted by MEP Martina Werner, this year's General Assembly was the occasion for EU rail suppliers and decision-makers to together address the challenges faced by the industry. Participants recognised both the strategic importance of the manufacturing sector and the need to act without delay to ensure that European rail manufacturing companies keep their global leadership in a context of growing and fierce world competition.

“It was, as always, an honour to host so many of our members and distinguished guests from the rail community, who came together to delve deeply into the many challenges our industry is facing. I was also pleased to welcome 13 new members into UNIFE and look forward to our continued work to improve the business landscape for our industry,” stated Philippe Citroën, Director General of UNIFE.

This year’s General Assembly programme included presentations and commentary from industry CEOs and high-level speakers from the European Commission, the European Parliament, the European Investment Bank (EIB), Shift2Rail Joint Undertaking, the European Railway Agency and the Spanish State Secretariat for Trade. The event began with a keynote speech delivered by Begoña Cristeto Blasco (Secretary General for industry and SMEs, Spanish Ministry of Economy, Industry and Competitiveness) and a video address by Elżibieta Bieńkowska (European Commissioner for Internal Market, Industry, Entrepreneurship and SMEs).

Attendees then listened to a presentation on the development and outlook of the Catalan and Spanish rail systems, from Enric Cañas Alonso (TMB), Luis Rivero (RENFE), and Albert Tortajada (FGC). This was followed by three moderated roundtables on some of the main topics facing the European rail supply industry: EU investment for rail, EU rail industry competitiveness and market leadership, and rail and EU transport policy. Roundtable panelists included, among many others ERTMS coordinator Mr. Karel Vinck, and Member of the European Parliament Ms. Ayala Sender.

“I am pleased to take over the UNIFE Chairmanship at times when we face both challenges and opportunities. Our joint goal is to keep the European rail industry one step ahead of international competition through innovation and digitalization, and by fostering EU initiatives such as harmonized authorization, ERTMS deployment and Shift2Rail,” stated Dr. Eickholt.

The next UNIFE General Assembly is slated to take place in Warsaw, Poland in June 2018. 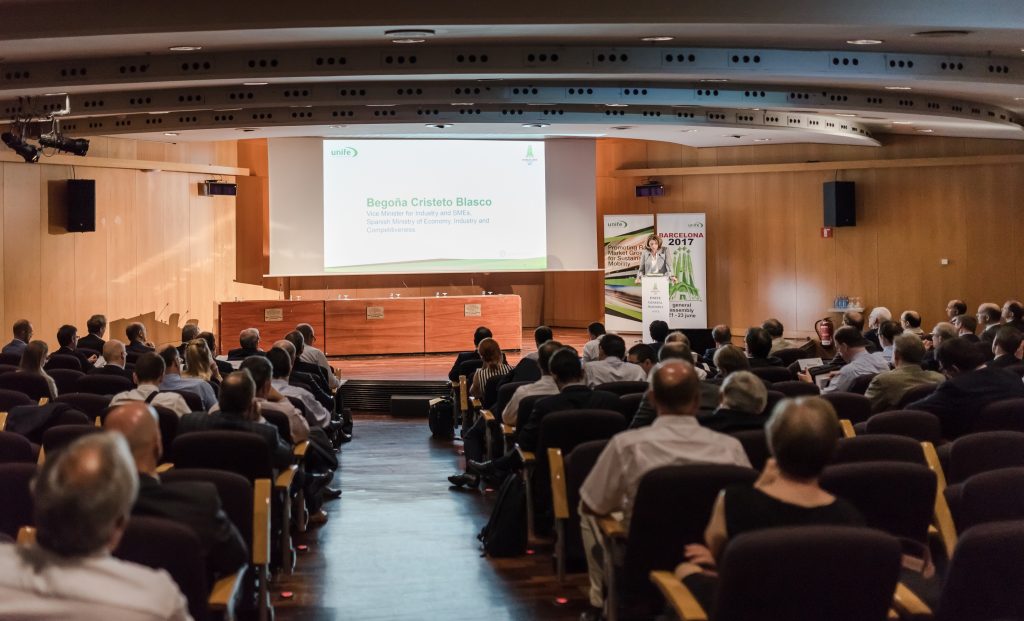