Following the disruptions and suspensions of regular economic life caused by the COVID-19 pandemic, the European Rail Supply Industry needs more than ever an international level playing field to best support the EU’s recovery efforts and maintain its global leadership in producing safe, reliable and sustainable transport solutions. To raise awareness of the increasing influence of third country State-Owned Enterprises (SOEs), rising protectionism and the undue influence of unfair subsidies in European and international procurement markets, UNIFE held a digital event on 31 May, as part of its year-long 2021 European Year of Rail discussion series, to explore these pressing issues with EU decision makers and high-level industry leaders.

UNIFE’s World Rail Market Study: Forecast 2020 to 2025 observed that the global rail supply grew 3.6% between 2015 and 2017, a trend that is expected to continue as the world continues to seek out sustainable mobility solutions as evidenced by growing political will manifested in pledges such as the EU Green Deal and in the run up to COP26. However, the study also found shrinking accessibility in foreign procurement markets due to an array of barriers.

Against this background, it is essential that the EU moves to ensure that the European Rail Supply Industry can operate on a level-playing field both in Europe and abroad. This will necessitate, in particular, the adoption of an effective International Procurement Instrument (IPI) and the recent EU proposal to tackle distortive foreign subsidies. Only by ensuring equal footing and reciprocity in these markets will Europe be able to maintain its global leadership in this field and achieve climate neutrality by 2050.

Convening a panel composed of representatives from European Commission, the European Parliament, the Portuguese Ministry of Foreign Affairs, Alstom and Rhodium Group, panelists debated the best means of Europe’s global leadership in rail and how it can ensure fair competition between rail suppliers on European and international rail markets. The panel, moderated by Inès Van Lierde, Chair of AEGIS Europe and Secretary General at EUROALLIAGES, agreed that 2021 was a critical juncture for rail competitiveness and that the EU was moving forward in its development of autonomous tools due to growing awareness of these issues.

Marie-Pierre Védrenne, Member of the European Parliament’s International Trade Committee, said: “We need to strengthen our assertive toolbox. This is for me the top priority. The EU needs to ensure the protection of our interests. It is the only way to defend a rules-based order and create a level playing field for the rail industry. Everyone must respect the rules!".

Maria João Botelho, Deputy Director General, Portuguese Ministry of Foreign Affairs’ Directorate General for European Affairs, posited that: “IPI can be an effective offensive instrument to add to our toolbox to promote the level playing field for the EU industry. As Presidency, we worked to achieve a balanced compromise that gives leverage without creating unnecessary burden to contracting entities”.

Agatha Kratz, Associate Director at Rhodium Group and expert of EU-China relations and China’s commercial diplomacy, explained that: “In many ways, the rail industry could be a test case of Europe’s ability to respond to new global competitive challenges, re-level the international playing field, and do this without giving up on its core principles”.

Philippe Delleur, Senior Vice President Public Affairs at Alstom, added: “The European rail industry is actively shaping the sustainable mobility for tomorrow, not asking for protection but requesting that all international competitors play with the same rules”.

Piotr Rydzkowski, Deputy Head of Unit, Trade Strategy, at European Commission’s Directorate-General for Trade, described the current state of affairs such: “A level playing field is critical for open, fair and dynamic markets. This is why the Commission’s new Communication on an Open, Sustainable and Assertive Trade Policy sets out levelling the playing field as one of its key areas of action”.

Moderator Inès Van Lierde, Chair of AEGIS Europe & Secretary General at EUROALLIAGES, summarised: “The several interventions have shown that reciprocity is the key factor to ensure a balanced opening of the markets worldwide. Industry is confident IPI will actually contribute to this goal”. 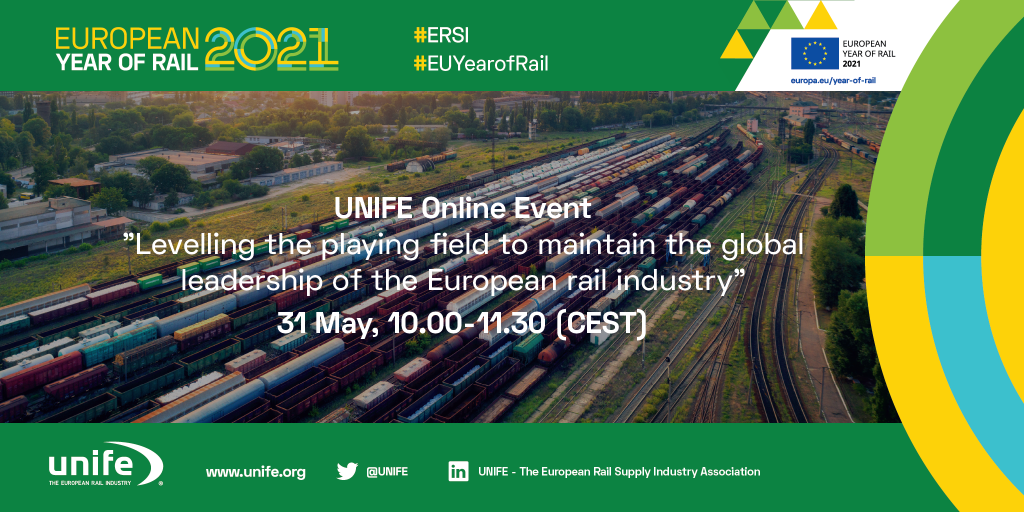