2018 is a decisive year during which the European Institutions and Member States will negotiate the long-term EU budget for the 2021-2027 period. The so-called Multiannual Financial Framework (MFF)will set the financial envelopes and future architecture of European programmes that support investments in transport projects – be it through the Connecting Europe Facility (CEF) or through the Cohesion policy (ERDF/Cohesion Fund) – or that support Research & Innovation efforts in the rail sector (through the new Horizon Europe programme).

It is in this context that MEP Davor Škrlec and UNIFE - the European Rail Supply Industry Association –organised on 5 June in Zagreb, in cooperation with the Croatian Parliament, a high-level conference on “EU support for developing rail transport in Croatia: current opportunities and future perspectives”.

All parties involved in the event were delighted to seize this opportunity to exchange views with Croatian stakeholders on how the European Union’s programmes and policies are instrumental and crucial to help develop rail transport in the country.

The keynote speakers shared their views on how railways and the rail industry, and especially in Croatia, should be dealt with to improve the connectivity between European countries. Among these keynote speakers, both Chair of the European Affairs Committee of the Croatian Parliament Domagoj Ivan Milošević and Croatian Minister for Sea, Transport and Infrastructure Oleg Butković insisted on the importance of TEN-T corridors to develop and maintain connectivity between Croatia and other EU Member States and the Western Balkan countries.

The event was subdivided into three separate roundtables to cover a wide range of important topics, each discussion led by a panel of speakers closely related to the subjects.

The first roundtable went over the current and future European investment opportunities for rail projects in Croatia, whether they are linked to infrastructure, signalling (in particular ERTMS deployment) or rolling stock (including at urban level). This was the perfect opportunity to hear the European Commission’s thoughts on the future of both the Connecting Europe Facility (CEF) and the Cohesion policy (ERDF/Cohesion Fund) that will have a strong impact on the future of European Railways.

During the discussion, Deputy Director-General of DG MOVE Maja Bakran Marcich and Head of Unit at DG REGIO Aurélio Cecilio made it clear that the Commission sees railways as the most energy efficient and sustainable form of transport and can be a great source of growth for the Croatian economy, which is why nearly € 19 billion have been invested in railway lines and urban rail systems through Cohesion Policy. Anton Kovačev, Head of the European Investment Bank office in Zagreb, gave a compelling overview of how the EIB and the JASPERS (Joint Assistance to Support Projects in European Regions) has supported rail projects. Finally, Vedrana Jelušić Kašić, Director for the Croatian office of the European Bank for Reconstruction and Development presented the EBRD’s strategy for Croatia and their support for railway infrastructure, rolling stock and maintenance.

The second roundtable tackled interoperability, a key issue to ensure the best connectivity of Croatia with all its neighbouring countries. Among the many angles that this panel went over, Elisabeth Werner from DG MOVE and Peter Mihm from the European Union Agency for Railway both stressed the importance of the 4th Railway Package that is not only the biggest legislation change in the history of the rail sector but will also truly revolutionise railways across Europe, including in Croatia. Karel Vinck, European Coordinator for ERTMS, then pointed out that ERTMS is far more than just a tool to boost interoperability, and that its full function can also lead to real safety benefits, capacity enhancement, speed maximisation, reduced costs and automated train operations.

The topics of the third and last panel discussion were picked to better understand the current and future Research & Innovation (R&I) opportunities for Croatian rail stakeholders. DG MOVE Director Elisabeth Werner took the opportunity to, once again, state the importance of the Shift2Rail Joint Undertaking, and how its already demonstrated added value is a strong basis to propose the continuation of post-2020 funds. Executive Director of the Shift2Rail Joint Undertaking Carlo Borghini accentuated  that research and innovation is essential to ensure that rail stays the most sustainable, cost-efficient, high-performing, time-driven, digital and competitive transport mode for Croatia and for the EU. Finally, Alberto Parrondo, Vice-President of the Strategy Ground Transportation Systems at Thales and who was recently voted as the new Chairman of the European Rail Research Advisory Council (ERRAC), presented ERRAC’s Rail 2050 Vision Paper which clearly highlights the important role that rail already plays in delivering economic and societal benefits in Europe and that it has the opportunity to contribute to much more.

At the end of the event, Director General of UNIFE Philippe Citroën took the floor to stress the importance of boosting rail investments in Croatia and that railways in this region should benefit from the full support of the European Union to safeguard its competitive services. 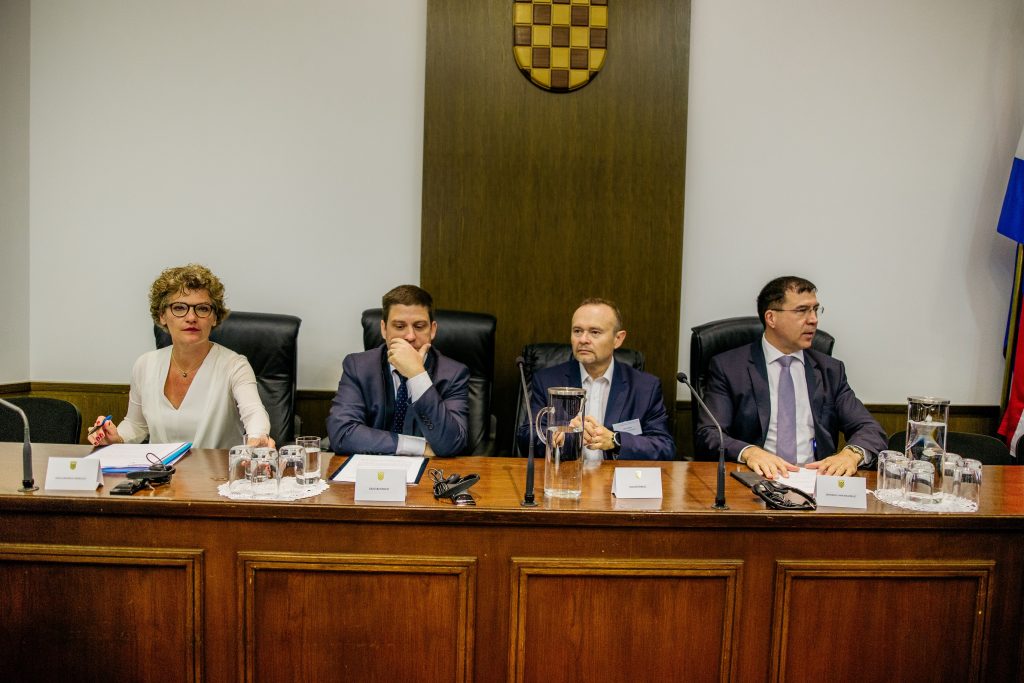