At the invitation of the Estonian Presidency, UNIFE Director General Philippe Citroën participated in the Competitiveness Council of Ministers on 30 November and delivered the main messages of the Industry4Europe coalition in front of Economy/Industry Ministers of all Member States and of EU Industry Commissioner Elżbieta Bieńkowska.

UNIFE initiated and has been coordinating a large coalition called Industry4Europe in the framework of which 122 European industrial federations recently adopted a Joint Paper entitled For an ambitious EU industrial strategy: going further. On that same day, the Competitiveness Council adopted official Conclusions on A renewed EU Industrial Policy Strategy in which Member States unanimously call on the European Commission to “further develop a comprehensive EU industrial strategy with a focus on 2030 and beyond, including medium to long-term strategic objectives and indicators for industry and to be accompanied by an action plan with concrete measures”. 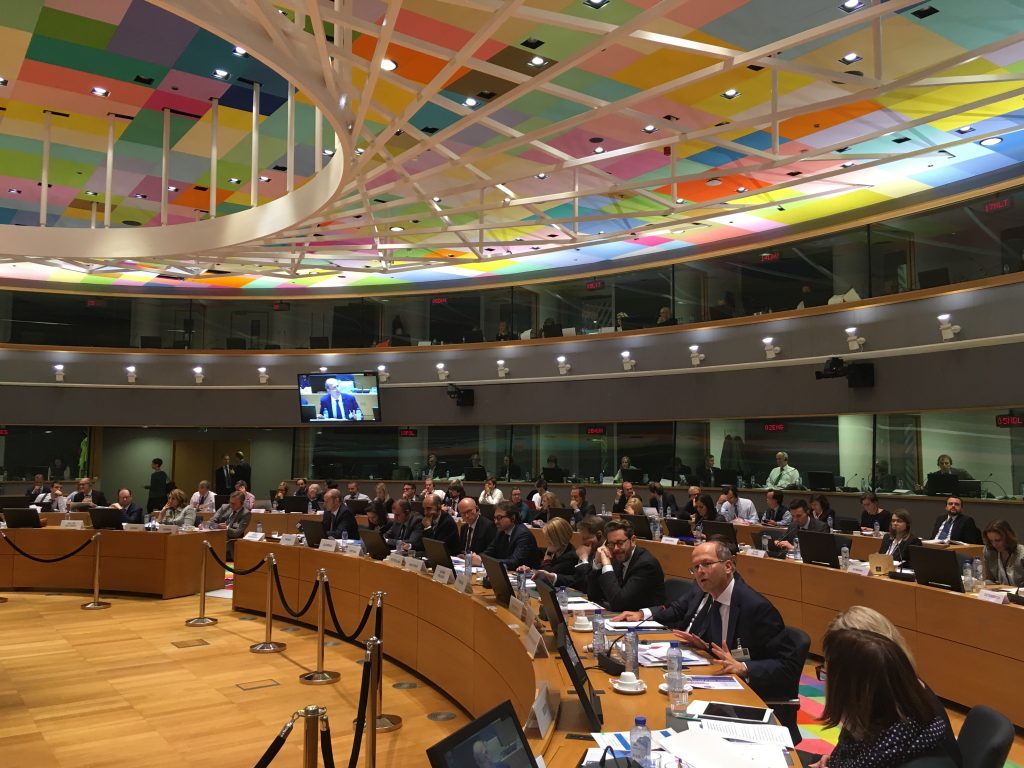